First established in 2013, Young Southeast Asian Leaders Initiative (YSEALI) is a signature program of US government to enhance leadership and networking capacity in Southeast Asia. Through a series of different programs, including US educational and cultural exchanges, regional exchanges and funding, YSEALI aims to improve leadership skills of youth in the region, promote the relations between the United States and Southeast Asia, and help ASEAN community grow. YSEALI focuses on critical topics that attract regional youth’s concern such as civic engagement, environment and natural resource management, entrepreneurship and economic development. 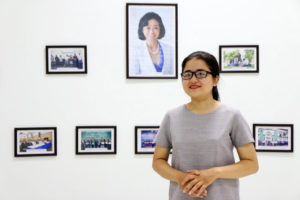 This is the second year in a row Tan Tao University has had a student win YSEALI scholarship. Le Thi Xuan Mai, a senior from School of Humanities and Languages of TTU, won a ticket to YSEALI Fall 2017. Mai is one of 18 Vietnamese applicants selected to study in the US for one month. YSEALI is also a very honored and practical scholarship initiated by President Barack Obama with the purpose to find young leaders in Southeast Asia to create better connections when facing common challenges regionally and globally. Let’s get to know more about Mai and her journey to YSEALI Fall 2017.

Mai was born and growing up in Can Tho City. The young girl has had a great interest in natural world since she was a child. Gradually, Mai realized her love for social activities, especially those related to environment and wildlife. Thanks to those special concerns, Mai chose the School of Humanities and Languages (TTU) without any hesitation. Mai understands the fact that, in order to pursue her dreams, she has to do more teamwork, to work well in groups of different people, to use English in communication with friends from other countries and take part in NGOs to work on preserving natural environment and wildlife. According to Mai, TTU offered her not only necessary knowledge but also communication skills, self-confidence, critical thinking and determination to follow her goals. 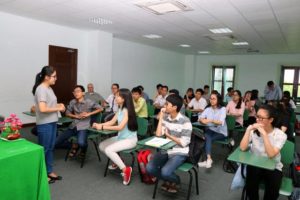 While almost all her friends were applying for public schools, Mai listened to her gut to enter Tan Tao University, a private school with standard curriculum from the US. Mai was fully aware that only when she was put in such an educational environment, she would never be able to avoid speaking English. And great improvements have been made over years on TTU campus. From the end of sophomore year, Mai spent almost all her time after school working on environment and wildlife projects in Ho Chi Minh City and other nearby provinces. With a strong desire to raise people’s awareness about saving endangered animals, the young girl has become one of the leaders of Action for Wildlife Organization (AWO).

Mai heard about YSEALI from 2015 and noticed this would be a good chance to learn more about social issues, especially in protecting the environment which she had long been concerned about and working on. However, at that time, she was not confident enough. After careful consideration and research, Mai decided to apply the following year. Around May 2016, Mai started to take action but failed. 5 months later, Mai decided to try one more time and didn’t get a better result. After each failure, the young girl was thinking and learning from her mistakes.

On the third time applying, Mai was working harder on what she put on the application form, including content, structure and layout format so that all the necessary information was mentioned in such a precise way for full understanding. In only 500 words, every applicant had to make a self-introduction to persuade the judges that he/she would be the most appropriate for YSEALI. In addition, what values and contributions you would make to the program; the influences on your community, other countries and Southeast Asia; how you are going take this opportunity for self-development as well as your commitment after coming back are all important points in the application process. In both the essay and interview rounds, Mai was very successful in showing her determination, persistence, and flexibility. Finally, the young girl’s name was called out in YSEALI Fall 2017 list. Mai is going to the US at the end of September and arranged to study and experience at East-West Center, University of Hawaii, together with other two young leaders from Hanoi.

dos. A profile isn’t a guy

nine Obtaining Them to Start

Positives and you will Great things about Bad credit Payday loans

People are restricted to $255 cash advance within the Ca