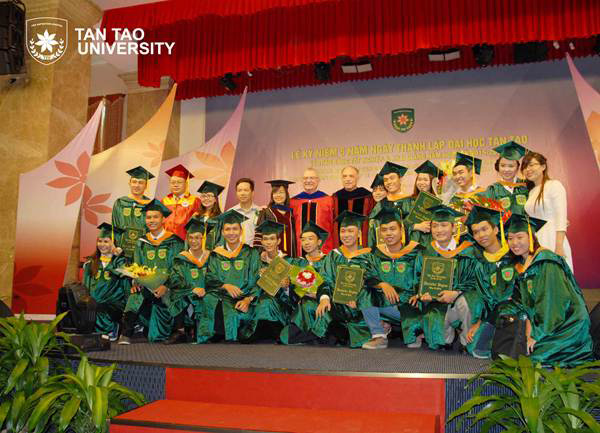 In Viet Nam, there is a university which is applying “Liberal Arts” and achieving several successes – Tan Tao University (TTU). By doing this, students of the school are involved in many extracurricular activities, clubs, talks, sharing life skills with professors to adapt quickly with the development of society.

The “Liberal Arts” educational model is now considered a unique model of American higher education and is widely applied in Europe and many Asian countries.

Liberal Arts proceeded from ancient Greece and the Greeks considered it as the pinnacle of knowledge. Humans are encouraged to participate in public debates, defend for defendants or work in tribunal or jury as well as serve in the military. At that time, Liberal Arts included only three subjects: grammar, rhetoric and logic. In the Middle Ages, they added four other subjects:  arithmetic, geometry, music, and astronomy. These basic subjects will provide the foundation before students study about philosophy and theology. The purpose of liberal education is to train a virtuous, sage person in many fields and deliver a speech fluently.

Although modern “liberal arts” has updated many disciplines, it still retains major medieval disciplines that provide a solid foundation for people with a general knowledge of many areas and they will be able to adapt quickly to the new environment. They will become “international citizens” who are capable to pursue long-term academic careers and contribute a lot of value to society. 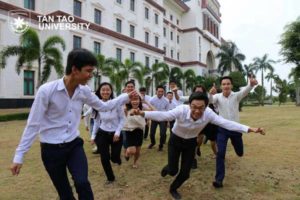 In the United States – Apply to the whole university system

In the United States, universities are very successful with this model, such as Duke University and Rice University. Characteristics of this model are full training in English, small class size with few students and lecturer. Another notable feature is that Liberal Arts-style schools are often located in a quiet, peaceful suburb. The subjects of “Liberal Arts” include wide range of areas to help students develop a comprehensive personality as well as intellect such as Language, Culture, Literature, Civilizations, History, Mathematics, Economics, Management, Arts of Leadership and Communication, Mechanics, and Chemistry.

Students study with “Liberal Arts” at Rice University after graduate can work in Marketing, Business, Communications, Graphic Design, Data Analysis, Management, Programming and information technology. The curriculum is designed to focus on the connection of a wide range of subjects such as Biology, Physics, Social Studies, Humanities and Self-Learning.

There are over 200 student clubs and organizations at Rice University that cover the fields of performance, media, sports, religion, culture and politics. Students are encouraged to participate in extracurricular activities, nurture passion and discover new things.

In Europe – Apply from Primary and Secondary

In Europe, “Liberal Arts” is applied from the elementary and secondary levels to provide students with a comprehensive education of personality as well as intellectual development. Since students received comprehensive education from the elementary level, the role of this model in the university is less than in the United States. Students are encouraged to use the skills learned at primary and secondary levels for further development of their personality and responsibilities such as joining music clubs, theater groups, language clubs, etc.

In Asia – Many universities have succeed with this model

In Vietnam, there is a university that is applying this model and has been very successful – Tan Tao University (TTU). TTU uses the training curriculum of Duke University and Rice University from the United States of America, all students of the school have to study the liberal subjects, which make up 25% of the entire curriculum. Students are involved in a variety of extracurricular activities, clubs, talks, sharing living skills with professors in order to adapt quickly to the development of society.

With the liberal model, in 2015, 100% of the first graduates of Tan Tao University had jobs with starting salaries ranging from VND4-20 million / month, 89% of them worked in multinational corporations, such as Unilever, LG, PWC Vietnam, Pepsi, Wall street English center, Odyssey Resources Vietnam … while the majority of Vietnamese fresh graduates only earn from 2-5 million / month (According to statistics announced at the conference “New graduates – Vietnam and Quarter 3 -2015” of JobStreet.com)

Pham Hoang Man – the only student won the Young Leader Southeast Asian Scholarship in the United States of the American President Obama in 2015 said: “Due to the liberal-educated model of Tan Tao University, he can have basic principle of economics, culture, society, as well as access to different cultures around the world. Therefore, even though I was the youngest member, I was not surprised and integrate well in meeting and exchange with other members representing many different areas of the course “.

Prof. Eugene H. Levy, professor of astrophysics, former president of Rice University, Texas, is currently a founding member and vice president of the Academic Board of the University of the Tan Tao University said: “A modern, advanced society must ensure that human resources are well-trained and assume a variety of positions and occupations. A modern society must train talented directors and leaders. A modern society must dare to open up and accept innovative, social, technical and economic ideas. Throughout the reality of the United States, the Liberal Education Model has met these requirements.”